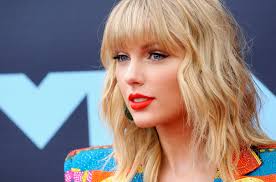 A Star Before She Was 20

She started learning guitar at the age of twelve.  She had the desire to be part of the Country Music scene.  She heard the music of Shania Twain, and that made her want to “daydream about everything”.

Her family moved to Nashville so she could be close to the Country Music scene.  Her talents as a songwriter emerged early, and she wrote and sang her way to a record contract in 2006, and had the longest charting album of the 2000s, becoming the youngest person to both write and perform a number one hit on the Hot Country Songs chart.

She’s no stranger to the TV screen.  In 2009, she appeared in an episode of CSI, playing a rebellious teenager, and later that year was both host and musical guest on “Saturday Night Live”.

Join me next Saturday, November 16 at 9:20 for more with Taylor Swift!