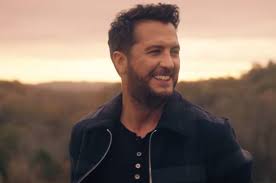 A Bachelor In Business Admin…Just In Case!

Thomas’ mom said she knew he would go to Nashville, but he wasn’t in a hurry.  Tom attended Georgia Southern University and graduated in 1999 with a Bachelor degree in Business Administration, and it was two years after that he moved to Nashville when his dad told him to pack his truck and pursue a career in Country Music.

He began his career writing songs for other artists including Travis Tritt and Billy Currington.

Tom’s first nine albums produced fourteen number one hits, and ACM’s “Entertainer of the Year” in 2013 and, “Album of the Decade”, for “Crash my Party”.  He has sold seven million albums and twenty seven million singles worldwide.

Join me next Saturday, December 7 at 9:20, for more with Luke Bryan!