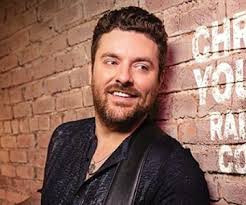 Chris performed in a number of children’s theater productions when he was in high school.  As his singing and performing skills improved, he became the house singer at a dance hall in Arlington, Texas.  It was then he was encouraged to enter the contest on the TV show, ‘Nashville Star’.  He won the show, and that opened the door to a record contract with RCA.

He has since released a half dozen albums, with the seventh to be released very soon, and has also been at the top of the chart several times.

Chris was invited by Vince Gill to join the Grand Ole Opry, and in August of 2017, was officially inducted by Brad Paisley.